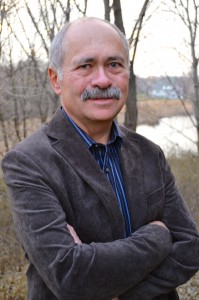 Brian Lutterman was born and raised on a farm in southwestern Minnesota, and attended high school in the Twin Cities. He attended the University of Minnesota, graduating with a degree in political science, and graduated from law school at Georgetown University in Washington, DC. Brian was a trial lawyer in Chicago and Minneapolis, and then traveled widely as a corporate attorney in the travel industry. He gave up practicing law due to health issues, and concentrated on helping to raise his two children.

After leaving the practice of law, Brian realized that the part of the job he missed most was writing. That’s when he turned to writing fiction, motivated by a longtime fondness for mysteries. His first novel, Bound to Die, won the National Mystery Contest sponsored by Salvo Press, which then published the book in 2002. In 2003, Bound to Die was nominated for a Minnesota Book Award, finishing runner-up to John Sandford’s Mortal Prey. His second thriller, Poised to Kill, was released by Salvo Press in 2004, and was described by the Midwest Book Review as “. . .a masterfully woven tale of tycoons and terrorists. . .” Both mysteries are set in the corporate world, a setting Brian describes as “…filled with outsized conflicts and larger-than-life characters.”

In 2014, after a ten-year hiatus from writing, Brian began a new mystery-thriller series featuring paraplegic attorney Pen Wilkinson, described by the St. Paul Pioneer Press as “. . . one of the most interesting characters in crime fiction.” The first book in the series, Downfall, embroils Pen in a sophisticated, brutal corporate sabotage plot. The next book, Windfall, finds Pen prosecuting a corrupt Congressman, while fighting unknown forces wielding a terrifying form of coercion. I Love a Mystery lauded Windfall as “. . . replete with suspense made even more dramatic by the protagonist being confined to a wheelchair.” The series’ third book, Freefall, finds Pen racing against time to prevent a worldwide cyber disaster as she searches for her missing nephew, a computer prodigy.

Brian lives with his family in the Twin Cities.

What is your background?

I’m a suburban dad who loves to write. After a number of years as an attorney in the corporate world, I wrote two mystery-thrillers, Bound to Die, and Poised to Kill, in 2002 and 2004, respectively. Both were very well received, and writing and promoting the books was a great experience. But I had to put writing aside to deal with family responsibilities and health issues. Now, I’m thrilled to resume my writing, and I believe the Pen Wilkinson “Fall” books—Downfall, Windfall, and Freefall–are my best work yet.

Tell us about the “Fall” books?

As with my first two books, they’re set in the corporate world. My heroine, Pen Wilkinson, is a young attorney who is also a paraplegic. In Downfall, she takes a new job in a faraway city, trying to start over and erase the memories of the tragic accident that crippled her and killed her young niece. She becomes implicated in a corporate scandal, which proves to be the result of a deliberate setup. The book follows her urgent, dangerous quest to clear her name and discover who is behind a program of deliberate, deadly corporate sabotage. In Windfall. Pen is working as a prosecutor in Los Angeles, but just before her first big trial, her star witness, located in Minnesota, disappears. In Freefall, she searches frantically to find her missing nephew, who’s a computer genius, and who holds the key to preventing a worldwide cyber disaster.

You write “corporate thrillers.” What is that all about?

There aren’t many mysteries set in the corporate world. Some people say, “I work at a corporation, and it’s a boring place.” Fair enough. But things can become interesting in a hurry when the business world, or any genteel environment, is invaded by violent, ruthless criminals. What happens when a stuffy law firm turns out to be operated by The Mob? You get Grisham’s The Firm. And what happens when a corporate executive is confronted by violent extortionists? That would be my last book, Poised to Kill. In Downfall, big corporations are attacked by murderous saboteurs. In Windfall, Pen prosecutes some nasty corporate criminals. And in Freefall, a major bank is threatened with a crippling cyber-attack by criminal forces.

How did you become interested in writing corporate thrillers?

New authors are commonly advised to “write what you know.” I have a background in the business world, and I noticed that very few thrillers have business settings, so that’s where my books are set. I was an attorney, so two of my protagonists, Tori McMillan in Bound to Die and Pen Wilkinson in Downfall, Windfall, and Freefall, are lawyers as well. My background helps me to get inside the characters’ heads, and to provide authentic settings and situations for the stories.

You created a main character, Pen Wilkinson, who is a paraplegic. Why?

As with mysteries set in the corporate world, there are also a shortage of thrillers with protagonists who are handicapped. The most prominent exception is Jeffery Deaver’s quadriplegic criminalist Lincoln Rhyme. My character, Pen, features an interesting set of skills, limitations, adaptations, and challenges, which are constantly changing and evolving, and which I think make for a really interesting story. I guess Pen is an exception to my “write what you know” rule. I’m not a paraplegic, nor do I have any close friends or family members who are. But I have worked with people with disabilities, and I have personal experience with physical limitations that makes me want to tell Pen’s story.

Where do you get the ideas for your stories?

I start with real people and real situations, that I’m personally familiar with or that I’ve read about. From there, I use my imagination, asking “what it?’ to any number of interesting questions. For example, in Poised to Kill, I read about a software engineer for a defense contractor who sabotaged a project he was working on. Then I asked, “What if someone paid an engineer to sabotage a missile launch?” To me, this is the most enjoyable part of writing: imagining all kinds of scenarios with all kinds of interesting characters, and crafting a story that grows out of my imagination.

Have you personally visited all of the locations you write about?

For the most part, yes. Many of my stories take place in Minnesota, where I live, or in California, where I’ve visited a number of times, or in Washington, DC, where I went to law school. In some cases, when I have to make up a location, or take some liberties with an actual place, I do as much research as I can and make the setting as real as possible.

Are the corporations you write about based on real companies?

I guess I’d better be a little careful here. The short answer is no. But I’ve incorporated characteristics of some of the places I’ve worked into the fictional firms.

Two of your leading characters, Tori McMillan and Pen Wilkinson, are women. Why is that?

That’s really tough to answer. All I can say is that I didn’t make a conscious decision to do it that way. I just imagined the type of character that would best fit the setting and story I had in mind, and lo and behold, two strong, resourceful women appeared. I can’t imagine writing the stories with any other characters. And it’s been an enjoyable challenge for me to step outside myself. Even so, I imagine I wrote a little bit of myself into Tori and Pen, as I did with my third protagonist, Hal.

What is your writing routine?

For me, the term “writing routine” is an oxymoron; I don’t have any routine at all. My time and energy are very limited, so I write whenever and wherever I can. I do it while I’m waiting in line at the supermarket, or while waiting to pick up my daughter at her skating lesson. Some days, I’m not able to do anything at all. I don’t recommend this for anyone; it’s chaotic, and it’s hard to maintain any continuity or momentum. But you do what you can, and for me, it somehow seems to work.

How has the experience of writing changed after a ten-year hiatus?

The process of writing really hasn’t changed, but the publishing world has undergone a dramatic transformation, I feel like Rip Van Winkle, awakening to a world where e-books and social media are rapidly replacing paper books and bricks-and-mortar stores. I feel sad about the decline of books and bookstores–I guess I’m a little old-fashioned that way. But I’m excited about the opportunities for connecting with readers that the new technologies and distribution channels provide.