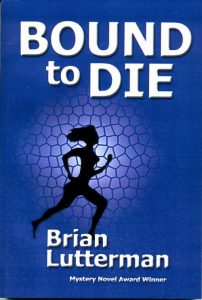 For Tori McMillan, widowed and unemployed at thirty-six, it seemed as though life couldn’t get much worse. But then she watches in horror as her best friend inexplicably walks into a crowd, kills four people, and disappears. When her friend’s young son, missing for seven years, is sighted at an encampment of white separatists, Tori searches for answers. Her quest takes her to a Yucatan jungle and a secret buried by pre-Columbian explorers, and to the White House, where the President’s closest advisor prepares to implement his own secret agenda for the nation. In a suspense-filled climax, Tori follows a trail of missing children to the Colorado mountains and a bizarre and lethal cult, whose enemies are… Bound To Die.

“…a gripping, twisted, lethal saga, and one that quickly captures the reader’s total attention and won’t let go until the shocking climax…”
—Midwest Book Review

“An inexplicable quadruple murder, a duplicitous presidential adviser and a mysterious and deadly cult called the Bound bear mysterious connections to each other in lawyer Brian Lutterman’s debut mystery, Bound to Die. Widow Tori McMillan wanders jungles, mountains and the nation’s capital as she tries to find her best friend and a group of missing children, as well as to determine what actually happened to her husband.”
—Publishers Weekly

“…bound to entertain…gets your interest from the get-go.”
—Kristofer Upjohn, Pine Bluff Commercial

“With the help of an infatuated police officer and the hindrance of a FBI agent Tori finds herself traveling from the Yucatan jungle into the mountains of Denver to the steps of the White House. Before it is over Tori will question all that she believes to be good. Tori also puts her life on the line in order to solve the mystery that now threatens her sanity.”
—Susan Johnson, All About Murder