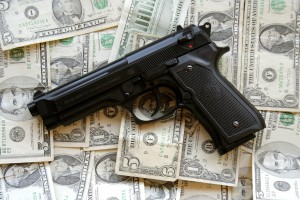 Corporate Thriller–is the term an oxymoron?  I answer that witticism with a resounding, “No.”  Story and characters are the heart of any novel.  But where do they come from?  What environment do they grow out of?  In part, the answer depends on which mystery-thriller sub-genre the novel inhabits.  Cozy mysteries, for example, can be set in restaurants, craft shops, and country inns.  Thrillers, by contrast, tend to be set in the streets of Moscow or at CIA headquarters.  Police procedurals will take their readers to grimy precinct houses and gritty streets.

Let’s start by observing that a good thriller–or perhaps any good story–can pretty much be set anywhere.  Lee Child can spin a good Jack Reacher yarn in a city, a seaside mansion, a military base, or in the middle of Nebraska.  But even though a good thriller can be set anywhere, the big question for a suspense novelist is, “What setting will naturally produce a great story and great characters?   Surprisingly few novelists have answered this question by choosing the corporate world for their setting.  I’m not entirely sure why this is so, but I’m glad this paucity leaves a vacuum for writers like me to occupy.

Many thrillers feature businesspeople to at least some degree, but the business itself is seldom central to the story.  One exception would be the financial thrillers of Paul Erdman and Christopher Reich.  Another example is the work of Joseph Finder, starting with his bestseller Paranoia.  I’ve talked to readers who have been dubious about corporate thrillers, saying, “My corporate job is boring.  I want to escape it when I read fiction.”  Perfect, I say.  Let’s add an element of intrigue and danger to those dull desk jobs. What if, in the middle of your workday, Jack Reacher walked in and confronted you, demanding some answers?  Using my own books as further examples, If we have a corporate executive who manages software contracts for the government, the boredom vanished quickly when his daughter is kidnapped, and he’s trapped in an extortion scheme.  My character Pen Wilkinson has an incredibly boring job, settling legal claims for a bank.  Boring, that is, until she is targeted by corporate saboteurs.  Some crimes are unique to business: corporate espionage, corporate extortion, corporate theft, corporate sabotage.  But when crime of any type invades the business world, or vice versa, there’s potential for a great story.

I’ve had other people tell me, “Corporate executives are the most boring people I know.”  Really?  How about Bernie Madoff?  Or software tycoon John McAfee, who is accused of murder in Belize?  If you Google the term “fugitive financier,” you find a Wikipedia article which describes twenty-one examples.  The business world is full of outsized, colorful characters.  Weak characters usually don’t make their way to the top of major corporations.

From the perspective of a thriller author, then, the business world has it all: interesting situations, strong characters, and the pervasiveness of the number one motive for crime: Lots and lots of money.

Join Us for Minnesota Mystery Night!

A Minnesota farm kid. A former corporate attorney.  And, in recent years, an author. Lutterman coined the term “corporate thriller” to describe his series of suspense-filled novels featuring Pen Wilkinson, a sassy, whip-smart, paraplegic attorney, described by the St. Paul Pioneer Press as “. . . one of the most intriguing new characters on the Minnesota crime scene.” The series began with Downfall, praised by Mystery Gazette as ” . . . an exhilarating, action-packed financial thriller.”  The series’ fourth book, Nightfall, was named 2019 runner-up for Minnesota’s best adult novel in the Minnesota Library Association’s annual competition. Lutterman’s first book, Bound to Die, was a Minnesota Book Award finalist. Brian, a; member of the author group Midwest Mystery Works, lives with his family in the Twin Cities.